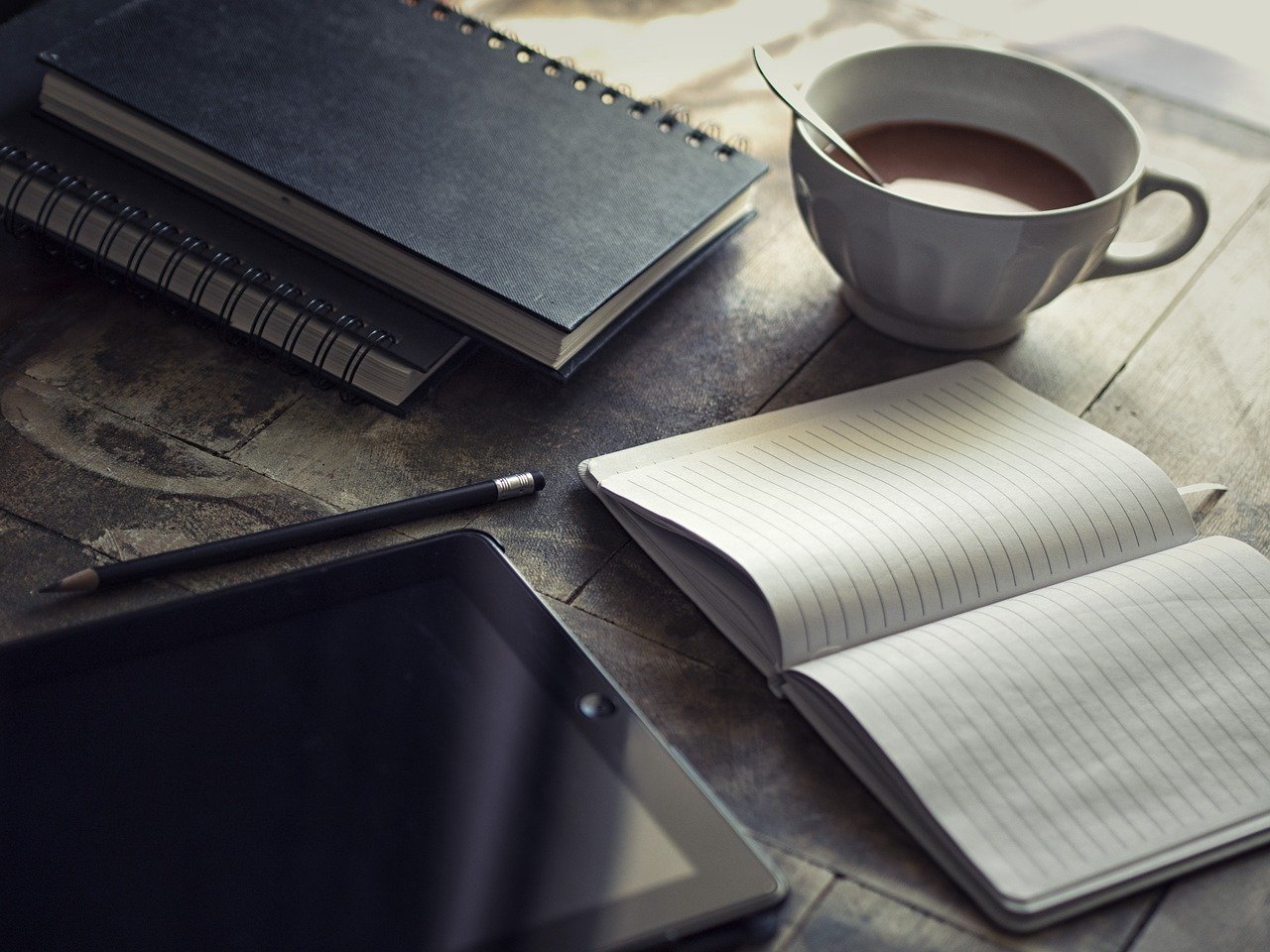 Yes, even radio presenters and technicians have to go on holiday, but we still want you to hear about some of the events and features being put on for you in the area. That’s why we’ve recorded as much as possible in advance and you’ll only be hearing the Agenda or What’s On once or twice during the week until the end of August.

So for the week Wednesday August 3rd thru to Tuesday 9th

3,10 and 17 August there’s lessons on Bollywood dancing being held in the Vallée de l’Eure. You’ll need to make contact either by phone or email

There’s a special evening at the Chateau des Coccinelle (ps Coccinelle is ladybird). So between 6pm and 8 30 pm you’ll be taken on a guided tour of the vineyard as well as trying your hand at creating a blended wine, together with regular tastings and local food on offer. However you will need to book your place which will be 35€/adult but free for under 18’s.

The regular Wednesday evening with the local winegrowers and their IGP Coteaux Pont du Gard continues from 7pm until 11 pm at the Pont du Gard. There’s a special “pass degustation” costing 6€ for which you’ll get a special engraved glass and 2 tastings. Woobie Brothers will be on hand to provide the music entertainment. There’ll be food trucks on site and the restaurant Les Terrasses du Pont du Gard will be open for bookings, and an added bonus take your places at 10 30 to watch the son et lumière projected onto the bridge itself.

The usual night market takes place in St Siffret, so if you haven’t yet tried it out, or you have friends coming to stay, then this is a very typical local place for an enjoyable taste of the area !

The Domaine du Parc St Charles is holding their vineyard walk and visit to their Caves together with wine tastings. I’ve visited their caves myself and can tell you it’s really quite impressive. The visit and tastings will cost you 13€/adult and 8€/child 5-12. You will however have to book your place by phone or on line

The Collines du Bourdic have organised a special guided walk throughout their vineyards with various stops along the route for little tastings. This can be carried out on foot or in a horse drawn carriage and due to start at 5pm . A little later there will be food trucks on site followed into the evening with a special cabaret with a DJ. You will need to book on line in advance with the Domaine itself.

The 8th Festival celebrating the cinema films shot on old fashioned celluloid film is taking place from 4th to 7th August and this is an open air festival.

It’s being organised by the Jean-Paul Boyer club, a man who was born in Redessan in 1921 and in the early 1950’s invented the process of saving the images from these first celluloid films. So it’s mainly in thanks to him that original films from the likes of the brothers Lumière, de Méliès, or featuring Charlie Chaplin as well as also oldies from Gaumont, Warner, Fox MGM and many others have been preserved or restored.

So Thursday 4th is a showing of Atalante, a 1934 comedy with Michel Simon This will be in the courtyard of the Marcel Pagnol school, but on Friday 5th., there’s “Some like it hot” with Marilyn Monroe, Jack Lemmon & Tony Curtis.

You can check out the full programme on their website

There’s a Breakfast being organised in the Evêché gardens

6pm Bull running in the streets

The parade this year is has a theme called Travel with music from around the world so expect to see amongst others Zumba with Paula and all kinds of dancing in the streets during the parade.

There are plenty of social media sites with the full programme and timings as well as on the Mairie web site.

For a quieter evening, take a break and visit Lussan where you’ll find a lovely night market installed showcasing the best of fresh local produce, wines and other creative art.

The festival Alter classic runs across this weekend. A performance Cesar Franck’s sonata will take place o in the Arpaillargues temple on Friday, pieces from Tchaikovsky, Chostakovitch and Handel in the Belvezet church on Saturday 6th and on Sunday 7th, César Franck again in the Church from 8 30. More info via email or by phone

From Thursday 4th until Sunday 7th August there’s quite a lively and eclectic programme on offer for their summer festivities from conferences to concerts, exhibitions and readings. These will be centred around the foyer, in the open air and in the school courtyard. So Thursday there’s a choir singing their Mozart hearts out at 7pm in the church, Friday a conference about African statues and masks in the Mairie at 7pm with a related exhibition later on. Saturday the Archery Club is offering an introductory session and so on. Enjoy !

The town parade called the Pegoulade is at 9 30pm where you can see all sorts of people dancing and parading in different costumes usually starting at the parking lot Les Marroniers and going around the entire Boulevard.

There’s a game of belotte at 9am and then throughout the day numerous parades and bull running.

10pm A DJ will be installed in the Evêché garden. As I mentioned earlier, the full programme will be on many different social media sites as well as the Mairie and the Tourist Office if you need a more detailed description.

I spoke earlier in the week about an open air film festival with showings of the oldies, and there’s a real treat in store if you go along for the last night. The programme features the 1948 film “The adventures of Mrs Muir” , doors open at 7pm, there’s a live concert at 8pm and then the film itself is at 9 30pm. However, you can bring along your own chair or lounger to get comfortable, but if you turn up in a vintage car of 25 years or older, you’ll get in for free, otherwise it’ll cost you 6€. Hardly going to break the bank.

The solo violinist, Léo Marillier will be in concert in Vallabrix at the Eglise St Etienne from 8 30pm. On the programme are pieces from Bach, Rochberg and Ysaye. If you’d like the chance of actually meeting this very personable young man, he’ll be at the Abrix Bar from 7 45pm. The concert itself will cost 12€ and booking is recommended either by phone or by email.

7 30pm there’ll be a diner concert on the Marroniers parking lot music supplied by the group Golstar.

With all the excitement of the fête votive over, you can enjoy the regular Tuesday evening market which is in situ all around the Duché, behind the Mairie. In the Mairie courtyard a dance floor has been installed and you’ll be treated a magnificient display of tango dancing. Quite an experience !

The Montgolfières du Sud, based in Blauzac are offering hot air balloon rides, either in a group or as a couple. The flights are either the Uzege around the Vallée de la Cèze or around the Pont du Gard itself. The RDV is one hour before dawn in the Cordeliers parking lot in Uzes. However, it is very weather dependent. You can find out more by checking out their website for more info and bookings.

Yes, even radio presenters and technicians have to go on holiday, but we still want you to hear about some of the events and features being put on for you in the area. That’s why we’ve recorded as much as possible in advance and you’ll only be hearing the Agenda or What’s on once or twice during the week until the end of August.

The Domaine Malaïgue is situated just at the edges of Blauzac and from 6pm until 8 30pm they’re running the vineyard walks, together with wine tastings and local produce on sale. You’ll also be given the chance to blend your own wine and take it away with you at the end of the evening. It’ll cost 15€/adult, 10€ 5-17yrs but you will have to reserve your places by phone or on line

Artists, crafts, food and wine are all on offer during their night market which starts when the sun sets until later evening. Always good news and usually accompanied by some very pleasant music.

The Collines du Bourdic “Cave” is running an evening vineyard walk between 6pm and 8 30pm with a tour of the cellars and wine tastings. What better way to have your evening apéro before wandering off for dinner somewhere close by. It’ll cost 13€/adult, 8€/5-12 yrs. You’ll need to book your place by phone or on line

The night market will be installed all around the tour de la Capelle, so plenty of variety on offer to taste, smell, drink eat and buy.

Vintners and domaines, some large, some small, some bio, some really niche, all wanting to let you have a taste of some delicious wines, and of course, end up buying loads.

“Uzes on scène” takes place in the Jardin de l’Evêché featuring a succession of different DJs of various nationalities showcasing their music preferences including House, Groove and Techno.

The usual night market will be set up around the Place du Duché and behind the Mairie, with Tango dancing in the courtyard of the Mairie. This is from dusk onwards.

Yes, even radio presenters and technicians have to go on holiday, but we still want you to hear about some of the events and features being put on for you in the area. That’s why we’ve recorded as much as possible in advance and you’ll only be hearing the Agenda or What’s on once or twice during the week until the end of August.

A vineyard exploration with a difference at the Domaine Reynaud – you can go on a bike stopping off for a little taste here and there of the wine and other local produce. It’ll cost you however, 48€/adult and you’ll need to book your place by phone or on line

A mouthwatering display of food, drink and creative arts will be set out for the evening market. Yumm

There’s a huge exhibition of old and vintage vehicles, both private and commercial in the Hangar des vergers. There’s also a spares market for so if you have something you want to sell, or you need to find a spare part, now’s your chance and it’s free entry.As you would expect, it’s a day long event, so there’ll be food and drink and no doubt music on site. And you’ll find the Uzes 2CV club in the thick of it.

The home of the vineyard Tardieu Ferrand which is just down the road from St Maximin is running a vineyard visit which will include an introductory session to oenologie as well as some wine tasting. This will cost you 32€/adult but free for under 18’s. You will need to book your place by phone or on line

This is an event I’m hoping to go to – it’s a son et lumière in the Duché courtyard called “La vie de Château” – the life of this chateau. It’ll cost you 18€ and you can get your ticket by going on line to “helloasso la vie de chateau par luminagora”. It’s on again on Saturday 20th.

Is holding their night market and as you’d expect, local fresh produce, artists, artisans and more and enough food and drink to keep you going the whole evening. 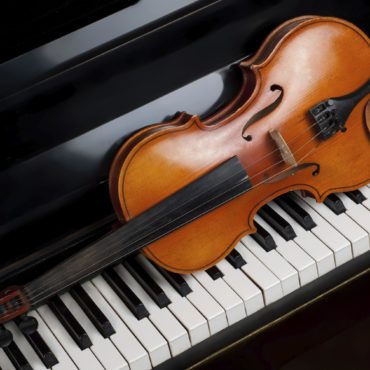 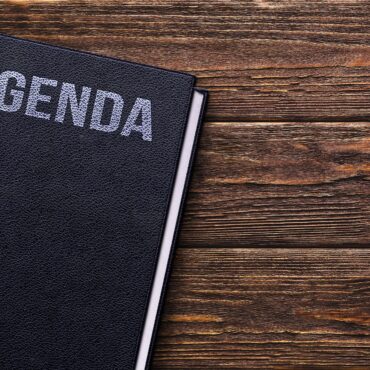 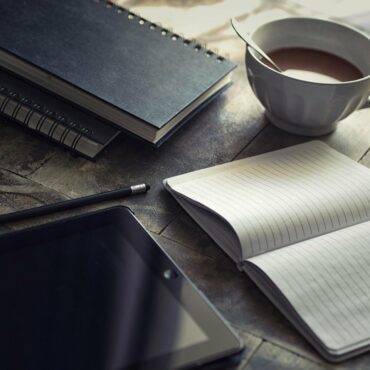